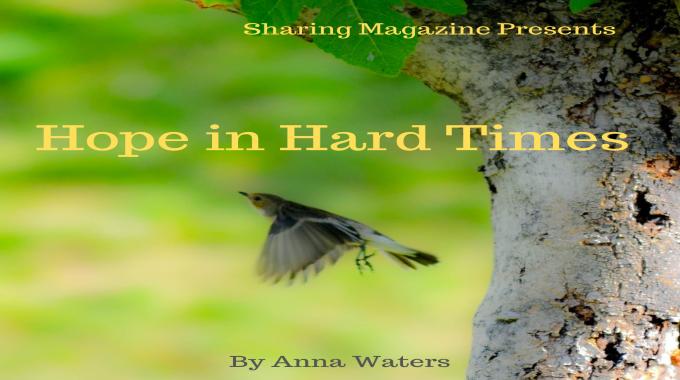 I hung up the phone and my mind registered shock.

“The baby is gone,” I said to myself.

It was my last attempt at pregnancy and a very unusual circumstance, indeed. I knew that I was too old to try again, and it was my fifth time attempting in vitro. This baby’s death meant I had to not only say goodbye to her but also to any chance at having another baby.

As the door to motherhood closed as gently as it had opened, I looked back on all that had happened for almost two decades. Years of trying unsuccessfully to get pregnant without assistance, starting at the age of thirty.

Seeking doctors, receiving tests, poking, and prodding. For three, long years. Sleepless nights. Constant worry. Uncertainty looming. Drowning in my doubts. I heard words like stage IV endometriosis. Polycystic ovarian syndrome. Hashimoto’s thyroiditis. Obesity on the BMI scale, as well as my own scale. The need for surgery, after surgery. Then, more tests.

Was there a mute button for all the chatter?

“Would exercise, nutrition, or prayer, fix any of this?” I asked God. “Maybe I am being punished for my past, and there isn’t any fixing it?”

“Trust the process and keep praying…” came His reply.

Finally at age 33, six beautiful blastocysts were created through the in vitro process. The first two, the perfect ones, were implanted just before my birthday.

During the famous two week wait, my husband and I planned, dreamed, and hoped and desired the lives of these two little ones that were tucked firmly in their mommy’s tummy. We saw the parenting journey unfolding before our eyes. We saw them rise up and move through the stages of childhood into the adults they were meant to be, to one day fly the nest. All in the span of fourteen dreamy days!

The wait was over! I remember that day clearly. I was standing in a nursery parking lot, surrounded by the beauty and fragrance of magnificent flowers, anticipating the day I would be standing in a different type of nursery.

“You’re not pregnant,” the doctor told me, plainly.

“What does this mean?” I asked him, as the questions came tumbling out, one after another, alongside my tears.

I took a year off to grieve and work on my body. I lost forty pounds. Ate healthy. Had another surgery to remove endometriosis and discovered polyps in the process. Prayed and wept, a lot.

Then it happened one summer day. After lots of bed rest, pineapple, and prayers – the in vitro worked! And my body felt biologically different.

I dreamed vibrant dreams. Saw and did things I’d never seen before in dreamland. It was terrifying and wonderful all at the same time.

During the day, my body felt invincible. I believed in miracles! Prayers worked! And for the first time in my life, I was thankful to be pleasantly pudgy.

But then, the words subchorionic hematoma entered the picture. And for thirteen long weeks, I wondered if the growing clot of blood in my uterus would grow bigger than the baby and take her life. Thankfully, another miracle – the baby squished the blood out. I felt massive relief.

They say that husbands develop sympathy pains during their wife’s pregnancy, and I thought it was cute that my husband started to get really tired, have back pain and stay in bed a lot too. But then, it wasn’t funny anymore. Because he slept for a week at a time through Christmas. And had blood issues too.

Turned out he was pregnant too –his belly was filled with tumors.

Five days before my beautiful girl was born, my 36-year-old husband was diagnosed with terminal cancer.

Giving birth became the bridge between death and life. Our girl gave us light in an otherwise dark situation. God’s miracle.

Years later, with the last of the embryos, during the fall season I got pregnant again. Then had a miscarriage. But I didn’t give up hope. Instead, I prayed and wept. A lot.

For Christmas three years into the cancer journey, my husband gave me one last shot at a baby. A few months later, with one of three embryos working, our new baby girl was a confirmed pregnancy on my birthday. As was the news that the chemo treatments were no longer working.

My husband lived to see her grow up for one year. He worked full time the nearly five years for which we had prayed. And he died on the day of my second daughter’s one year birthday.

The three remaining embryos remained frozen until years later, when I was ready. I prayed and wept for God’s timing. I knew I wanted all the children God gave me, and that included babies that would come after my marital status changed. That day came soon enough on a fall morning.

Praise God for a confirmed pregnancy! But shortly afterwards, a few days later I got the call that every mother dreads.

This was where God asked me to “Trust Him” even though my fertility journey ended when the nurse gently hung up the phone on that cold, October evening in a grocery store parking lot.

It seemed like yesterday that my pregnancy journey began 16 years ago. Five attempts at in vitro. And two live births who are now 10 and 6 – both cute as buttons, even still. And yet, it seems like it began moments ago.

For anyone reading this, don’t quit. The motherhood journey hasn’t ended, don’t give up. There is hope around the corner. I’m living proof of that, even in the most dire circumstances. Grief and gratitude can co-exist. You never know what miracles await you!

Anna Waters is an author, speaker, young widow, single Mom of 2 beautiful children, and loves the Lord. You can find her writing at http://whenlovestays.com or on Facebook and Instagram at “Whenlovestays.” Her book titled When Love Stays, is due out Fall 2022, to help the grieving navigate multiple losses and complicated grief. When she isn’t writing or speaking to encourage others about getting through their loss, grief and shame, she’s reading voraciously, throwing pottery on the wheel, engaging in self-care through exercise/nutrition and taking her kids on new adventures.