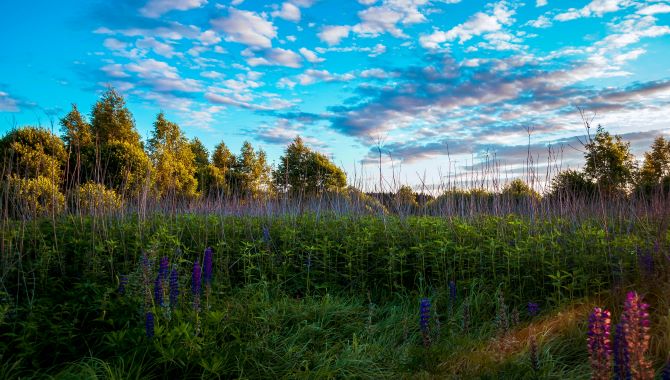 I squirmed in the salon chair endlessly. “What’s wrong son?” I asked as I gently rub my tummy. I was now 22 weeks and 6 days along in my pregnancy. I was expecting a baby boy. “Are you hungry?” The stylist asked. “No, my baby is uncomfortable today.” I replied. It took approximately one hour for her to finish braiding my hair. I paid for my services and waddled out of the salon doors.

As I headed to my car, I recognized a subtle pain pulsating in my lower abdomen. Hmph. “Braxton Hicks contractions”, I mumbled. I decided to stop for something to eat as I made my way to my mother’s place to enjoy dinner with family. When I arrived, I sat next to my niece at the dinner table and sat my phone on the table face up. I complained of the sensation as I attempted to enjoy my meal, but then decided that I should time the frequency of the sharp pains.

I should note that I successfully carried a child years prior to carrying my son Aidan. I should also note that she was extracted via emergency c-section, therefore I was never privy to the feeling of contractions nor labor pains.

I noticed that the sharp pains were getting closer and lasting longer. My fiancée is an over the road truck driver and he had just made it home from a long road trip. I decided that I wanted to rest with him so I began to head to his house assuring my mother that I would call her if needed.  When I arrived at his home, I could no longer bear the pain that was emanating from my abdomen. I could see he was visibly tired, so I decided I would go to the emergency room alone. He was reluctant of my decision but relented and stayed behind. I assured him I would be okay and left to seek emergency care.

When I arrived at the hospital, I could barely walk inside. A woman could see I was troubled, so she accompanied me to the triage desk. I was given a wheelchair in which to sit, while I waited on the hospital staff to escort me to the labor and delivery floor. All the while, I never thought that the worst was ahead of me. Having carried a perfectly healthy child through a full-term labor, the events that occurred next were the furthest from my mind. In fact, my remembrance of those moments is almost movie like. For even as I recall the moments leading up to what would become one of the most traumatic memories of my life, thinking of them is almost like watching it happen to someone else.

When I was first admitted to a room, the nurse practitioner came into my room and attached the machine to listen for the baby’s heartbeat. His heart was beating at exactly 147 beats per minute as per all the previous visits. She gave me some medication to slow down what seemed to be premature contractions and left the room to speak with the doctor. When she left the room, I noticed the pains were getting stronger, so I called my mom in fear. She contacted my fiancée and they both journeyed to the hospital.

When the nurse returned to my room, I advised of my pain level, and she decided to check the heartbeat once more. This time, there was nothing. My baby was no longer moving, and she informed me that I was in fact in premature labor. She told me that it was a strong possibility that if they could delay the labor, my baby boy would not make it. I couldn’t fathom what she was telling me.

My body temperature rose, and I was in total and utter disbelief. Just as the next strong contraction burst through my body, my fiancée walked through the door. Although the nurse had told me the worst-case scenario, my mind still had not begun to brace for the worst. I informed my nurse that I needed to use the rest room as she followed closely behind me to ensure my safety. I finished my business and headed back for the hospital bed. As I climbed onto the bed, I felt an overbearing sensation that caused me to push as though I was relieving myself. I looked down and brownish fluids emerged from between my legs while the nurse stood at the foot of my bed. My water was now broken. My eyes enlarged and began to fill with tears. She told me that the chance of baby surviving was not good considering that I was now officially 22 1/2 weeks pregnant.

I glanced at the clock, and it was approximately 6:48 a.m. Before long, I was being whisked from the room I was in and onto a delivery table. When the doctor came into my room, he instructed the resident doctor check my cervix. As soon as she placed her hand in my birth canal, she looked at me with the saddest eyes I’ve ever seen and said she could feel his legs.

She instructed me to push, and even in that moment, I still believed that he would make it.

I bore down with my fiancée’s hand clutched tightly and in the first push I felt a pop in my pelvis. He was officially out and there was no sound. No nursery chime bells to announce his arrival, nor the tiny coo of a helpless baby that was just separated from the warmth of his mom.

My boy was gone.

Within the blink of an eye and just as soon as he entered the world he had immediately exited, and he had taken a part of my heart with him.

Artis M. Granville is an African American author, poet, and mother. Artis is a South Chicago, IL, native with a fiery passion to raise awareness about Pregnancy and Infant Child Loss in minority communities, with a particular interest in positive bereavement strategies and emotional support resources. She lost her son at 22 ½ weeks of pregnancy and through the grace of God, inherited the gift of poetic expression, which has been therapeutic in mourning the loss of her son Aidan. While this experience has been both tumultuous and disheartening, Artis has a heavenly bond with Aiden. Her heartfelt emotions are expressed through poems, captured in a journal, which serve as timeless memories and conversations between mom, dad, and baby. Her journal can be found at https://www.amazon.com/author/its_okay_mommy_daddy_ag Artis’s mission is to keep Aidan’s legacy alive by encouraging grieving parents to create new resources that will help keep the cycle of resources overflowing for grieving parents globally.