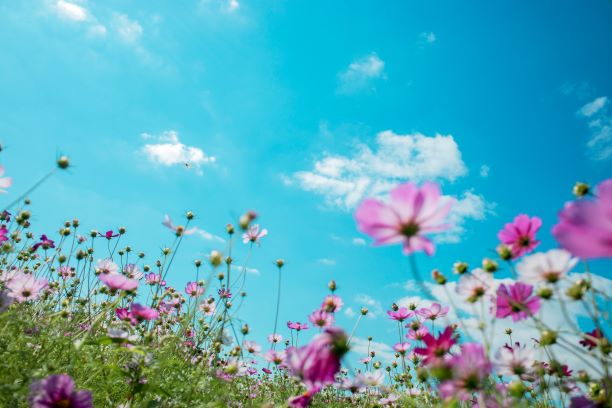 I gave birth to our sweet baby Brooks on February 15th, 2021, by emergency C-section. I am married to my husband, Michael, and we reside in Flowery Branch, Georgia.

Everything was going so well in my pregnancy until 28 weeks when I was sent to a maternal-fetal specialist (MFM). On February 8th, I was referred to a pediatric cardiologist to examine Brooks’ heart and after an hour and a half ultrasound we were told “your baby’s heart may stop beating at any moment. His aortic valve is extremely narrow, and his heart muscle is very thick. He also has slight fluid around his heart and lungs”. I was in tears holding my husband’s hand because up until this point we were told everything looked great with our baby boy.

February 9th would be a day marked in my mind forever. I was by myself at this appointment and upon having another in-depth ultrasound at the MFM, was told in a matter of 24 hours there had been a further accumulation of fluid around Brooks’ heart and lungs, and I would need to go to the hospital right away. A chaplain walked in and gave me her card which had the words “grief and loss counseling” on it. My mind and heart started racing.

Here I was 29 weeks pregnant, thinking we were bringing home a healthy baby boy home soon and my world was turned upside down. I called Michael and thankfully he was allowed in the hospital with me during this time given covid-19 precautions.

I was then monitored at the hospital for two days and underwent extensive testing. The doctors wanted to wait as long as possible before suggesting a C section, so I was put on bedrest and underwent fetal heart trace monitoring. Two days later, the MFM said the baby is doing just fine and I would just need to be closely monitored for the remainder of my pregnancy with ultrasound and doctor’s appointments daily.

​After leaving the hospital the first time, I was on edge and just praying so hard for God’s protection over our sweet baby boy. On February 15th, I went to the MFM for another ultrasound and was told Brooks was in distress and I was having consistent contractions. The MFM said it was better at this point to have an emergency C-section to best help treat Brooks. Michael rushed to the hospital, and I gave birth to Brooks at 8:11 PM on February 15, 2021.

​I did not hear Brooks cry. I didn’t get to see him. Michael did get to hold Brooks and then they both rushed out to the NICU while there I laid on the operating table in tear. I felt robbed of the moment I had been longing for and just praying for Brooks to be healthy. I did get to see Brooks 24 hours later in the NICU which brought me to further tears, but the moment our eyes connected I experienced a love I never have experienced before. The neonatologist said, “Brooks is doing amazing and looks so much better than we anticipated based on the ultrasounds”.  The pediatric cardiologist came to my hospital room and said, “Brooks is doing amazing. He does not have aortic stenosis as we thought, but he does have heart hypertrophy which we think will decrease over time. No interventions need to be performed. This is good news”.

​Meanwhile, I did have an amniocentesis between my two hospital stays which we received the results after I delivered Brooks. Again, we received good news from these test results. Our hopes were high. We knew were going to be in the NICU for a while and made arrangements for this new way of life. Fast-forward two weeks into Brooks’ life, the neonatologists suggested we transfer to CHOA (Children’s Healthcare of Atlanta) for further specialized testing to better treat Brooks. On March 2nd, 2021, I watched my baby boy be transferred into a neonatal ambulance and drove behind the ambulance all the way to the hospital. Our new routine included sleeping at the hospital overnight and other days I would spend 12 hours at CHOA. Michael would spend all his time at the NICU after he was finished working for the day.

​On March 7th, 2021, the neonatologist came up to me and said, “Mama, I’m sorry but there is nothing else we can do. I think he will pass in the next few hours.” I couldn’t make eye contact with the doctor. I laid my hands gently over Brooks’ heart and prayed so hard on my knees for God to perform a miracle. I knew God was the ultimate physician and healer. I started crying and called Michael to immediately come to the NICU to be at Brooks’ side. On March 7th, 2021, our sweet baby boy passed away in my arms and went to Heaven. We told Brooks just how much his mommy, daddy, and Jesus love him. We told him how proud we were of him for fighting so hard and making us parents. This was an out-of-body experience, one that is in my mind vividly and tied to so many emotions.

​We held a memorial service for Brooks on March 11th, 2021. With this service being in the middle of the week we didn’t expect many people to come, mainly just close family. My heart again began to race when a line of cars began to pull up to the memorial site and it brought me to tears just how many lives our baby had positively touched. In a matter of just three weeks, our baby boy left an impact on this world in such a beautiful way that some people don’t in an entire lifetime.

​Michael and I spoke at our baby boy’s service because we wanted to honor him and his short life. This was the most heart-wrenching day along with the day Brooks passed in my arms.

​In the following weeks, Michael and I underwent genetic testing to get further answers as to why this happened and to see if we could try to have children of our own again in the future. Along with grieving the loss of our firstborn, we had to wait months to find out if we could ever have a family of our own. This time was filled with extreme sadness, disbelief, anger, and fear. We received news that Brooks had cardiomyopathy (thickened heart) which unfortunately there is nothing that can be done for. We were also told that Michael and I can try again to have a family our own based on genetic testing results. Receiving all this news was so overwhelming. We had tears of sadness while trying to cling to hope.

​We have hope for our rainbow baby one day, Brooks’ younger sibling whom we can tell all about Brooks to and just how sweet he was. As part of our healing journey, Michael and I created a personal blog and website called Baby Brooks’ Light. We created this website as one way to honor Brooks’ life and spread his light to others. It’s so difficult to share our story at time. My heart feels heavy doing so, but at the same time I want to share our story so we can live out an amazing legacy for our amazing baby boy.

About Melissa Johnson: Melissa is married to her husband Michael of three years and mama to an angel, sweet baby Brooks. She gave birth to their firstborn by emergency C-section on February 15th, 2021, and he gained his wings on March 7th, 2021.

Melissa created Baby Brooks’ Light (their personal organization) to bring hope to other couples who experience infant loss. Her goal is to create awareness for infant loss and live out an amazing legacy for their amazing baby boy. As Brooks’ mama, she believes it is her responsibility to live out a life that honors their baby boy by positively impacting others. In Brooks’ 3 short weeks this side of heaven, he impacted thousands of lives in such a positive way.

​Her husband and her have had to navigate this tragedy and at times felt so alone. She doesn’t want any other mama feeling this way and wants you to know you matter, you are brave, you have a purpose, you are a mama, and your baby will always be deeply loved.