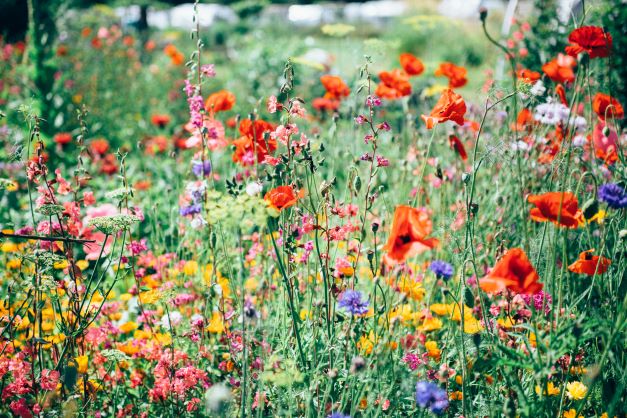 Our senses are very powerful. They can be deeply tied to seasons in our life or traumatic moments and, most often, the negative associations are far more powerful than the positive ones. Dr. Elizabeth Palazzi, a psychologist in Pennsylvania, says, “Grieving takes longer than anybody ever has the patience for” due, in part, to emotional setbacks. Those setbacks can often be triggered by sights, sounds, and smells. Dr. Palazzi adds that it can take from two to five years before a griever can come across those memory triggers without them causing a negative response.

And even then, much later, triggers will still happen without any warning. Just when you think it should be time to move on, something wakes up in you out of nowhere, causing a storm of grief to swell again. These are called emotional setbacks. They occur when a song on the radio triggers a memory of a first dance together. When the smell of antiseptic suddenly transports you back to the hospital room during those final days. When the soft feel of a blanket reminds you of the blanket you swaddled your baby in the day he was born still.

In the professional psychological world, these are called involuntary autobiographical memories (IAMs), which are memories of significant importance that pop up out of nowhere, triggered by cues in one’s surroundings, with research showing that 30-50% of those cues are sensory/perception based. IAMs often occur without a deliberate attempt at retrieval, and frequently during undemanding everyday activities (like eating, walking, or driving). They are estimated to occur an average of three to five times a day and up to three times as often as voluntary memory. IAMs can be associated with positive or negative memories, but for the sake of our discussion, they are the catalyst for emotional setbacks for a griever.

Ariel had polymicrogyria — she was born with extra ridging in her brain and several gene mutations that caused her to have frequent seizures and she passed at just three years old. For years, every time she heard the rustling of leaves, Ariel’s mom Liz would be overwhelmed with grief again. “I spend all of fall trying not to sink back into the darkest points of my grief journey,” Liz told me.

Music is the most powerful sound that we know that affects our emotional state, said Julian Treasure in a 2009 Ted Talk on the four ways sound affects us. “Music is not the only kind of sound, however, which affects your emotions. Natural sound can do that too,” Treasure goes on to say.

This brings to mind a social media post I’ve seen frequently in recent years around the 4th of July holiday. It often depicts a veteran and a lawn sign asking for the neighbors to be considerate when shooting off fireworks. Because the booms immediately trigger his Post Traumatic Stress Disorder (PTSD) and painful memories of being deployed and in the thick of battle.

According to an article from PTSD UK, individuals with PTSD can often develop difficulties with sounds such as an exaggerated startle response, fear of sound (phonophobia), aversion to specific sounds (misophonia), and a difficulty in tolerance and volume of sounds that would not be considered loud by normal hearing individuals (hyperacusis). It’s important to inform loved ones of your sound triggers – such as the sound of a baby crying because your stillborn daughter never cried – so that they can be accommodating and aware of your grief needs.

Often, negative IAMs are associated with post-traumatic stress disorder (PTSD). Dr Ali Mazaheri, of the University of Birmingham’s School of Psychology and Centre for Human Brain Health, confirmed through a 2017 study that a symptom of (PTSD) can be heightened sensory sensitivity. And the development of PTSD is not strictly limited to extreme events, like the terrorist attack on the U.S. in 2001. PTSD can also develop due to significant loss, specifically the loss of a loved one.

Smells link to memories so easily because of the brain’s anatomy, said Harvard’s Venkatesh Murthy, Raymond Leo Erikson Life Sciences Professor and chair of the Department of Molecular and Cellular Biology. Smells are handled by the olfactory bulb, the structure in the front of the brain that sends information to the other areas of the body’s central command for further processing. Odors take a direct route to the limbic system, including the amygdala and the hippocampus, the regions related to emotion and memory.

PTSD and can also trigger negative IAMs based upon visual triggers. Lisa’s father committed suicide when she was three years old. She remembers waking up to the flashing lights of the emergency response vehicles. “To this day [more than 30 years later], when I see lights flashing at night from emergency vehicles, I feel anxiety,” Lisa said. “I don’t enjoy driving at night partially because of my fear of having them fly by me.”

For Kris, noticing the clock exactly at 12:06 AM is a trigger. It was the exact time she looked at the clock after her daughter Adisan was born blue and unresponsive — Adisan was diagnosed soon after birth with Spinal Muscular Atrophy. Twelve years later, Adisan passed away at exactly 12:06 AM. “She came and left at 12:06 — a moment of joy and of sorrow,” Kris said.

And some grief triggers aren’t so much sensory, as they are tied to events. Birthday and holidays are obvious triggers and many grieving the loss of someone will create memorials for those situations to help ease the pain. But some just gut punch out of nowhere. My friend Riley gives a few examples:

“Like the time when I was in Toys-R-Us a couple years ago and a mom called for her little girl, Gabby. I had to turn around to see the cutest curly blonde-haired girl giving her mom attitude. And I thought to myself, ‘Yep, my Gabby would have been just like that too,’ as I tried to pull myself together. Or when I was watching a girl’s ministry awards ceremony at church and the 3rd-5th grade girls started their presentation. I suddenly realized that Gabby should be up there.”

To someone who has not experienced substantial loss in their life, it may seem silly and even odd that the sounds of leaves rustling, the sight of ambulance lights, or the time on the clock could cause depression, anxiety, or grief to well up. And it may not even be a consideration for someone outside the grief to help their grieving loved one avoid these things. Instead, many try to tell grievers to push past these sensory triggers or overexpose themselves to sensory triggers in order to “get over it.”

But it’s not like jumping out of an airplane to get over your fear of heights (which I personally think is counterintuitive, but it does bring home my point). Over exposure to these sensory triggers that bring back negative memories make the grief swell inside again. Because grief never leaves, it just becomes a livable part of our existence. It’s important for those outside the loss, who care about someone grieving, to be sensitive to what may trigger them. Often, because IAMs get in the way, you may not know what your triggers are initially. But you will learn. Find people that create a safe space for you to discuss your grief openly with them and share your triggers. That way you have someone looking out for and advocating for you when you may be unable to.

Michelle is the founder and president of On Angels’ Wings (OAW), a non-profit organization serving Missouri that seeks to improve the mental health and wellness of families with medically fragile children (regardless of race, ethnicity, class status or orientation) or birth loss through free therapeutic photography and grief recovery services. Michelle has been a professional writer, editor, and photographer for 15 years. She recently finished her first book on helping others grieve without causing additional harm, which she is currently working on self-publishing. Michelle and her husband of nearly 20 years have two boys, eight different animals in their urban home, and an affinity for hiking and all things sci-fi and rock-n-roll.