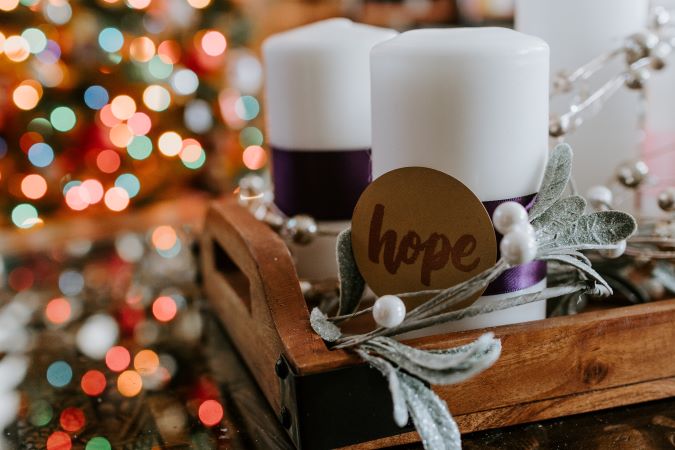 We always go into the New Year hoping it will be better than the last, hoping for change.

New Year’s 2015 – I was two months into failed fertility treatments, ready to say goodbye to a hard year for us personally, and hopeful that the next year would bring us a positive pregnancy test.

New Year’s 2016 – I was 6 months pregnant with my sweet boy, after suffering a miscarriage 8 months prior.  2016 was our hardest, year up until that point, with the fertility treatments and miscarriage but I ended that year so happy and hopeful for 2017.  We were going to FINALLY bring home a baby after our struggle with unexplained infertility and I was ready to enter the year where that would happen.

2017 went from a year of hope and excitement at the impending arrival of our firstborn child to the darkest of my life.  It was filled with more tears than I had ever cried in my lifetime, prior to that point.

Yet, as we approached 2018, I found it hard to say goodbye to such a difficult year.

I wasn’t ready to say goodbye to the year of my son, to the year he was born and changed our lives.

I wasn’t ready to enter a new year, one that he will never physically exist in.

I wasn’t ready to celebrate his first birthday, without him, that was only 8 weeks into 2018.

My biggest fear as we approached the time to say goodbye to 2017 and hello to 2018, was that Asher would be left in 2017, not by me, but by others.  That the change to a new year meant that time was progressing, the freshness of our loss was fading for others, and Asher would become a distant memory to them.

My heart would break all over again at the thought of even the possibility of my firstborn child being forgotten.

That first New Year’s was a juxtaposition of emotions as it pained me to say goodbye to Asher’s year, but I was also happy to say goodbye to the worst year of my life.  I was ready to hope again as our second IUI (Inter-Uterine Insemination), since returning to fertility treatment after losing Asher, was only 5 days before the end of 2017.

2018 held the possibility of starting with hope; hope that we would be able to bring home a living a baby that year and I desperately needed that after 2017.  At the same time, that hope made me feel guilty.  How could I be hopeful when my son died?  How could hope even exist in my world after such a devastating loss?

2018 came and I carried two things into it with me: Asher and hope.

I was pleasantly surprised that I wasn’t the only person who carried Asher into the new year, so many others who love us (and him) brought him into 2018 (and every year since) too.

My fear was unfounded.

I’m sure that most of us are ready to say goodbye to 2020 and hopeful for a better 2021.  It has been a shit year all around.  Yet for those who have, unfortunately, joined this club of child loss this year, it can be really hard to face the further passing of time away from when they last held their child.  It creates anxiety and fear that their child will be left behind in this shitty year for everyone, chalked up as another crap thing that happened this year.

To those of you who have lost a child this year, let me say, that your child will not be forgotten.

You will carry your child into 2021 and so will many others who love you.  It is okay to also bring hope with you in 2021, hope for whatever you need to get through this life after such a devastating loss.

Sending you all love, peace, and wishes for hope as we enter 2021!