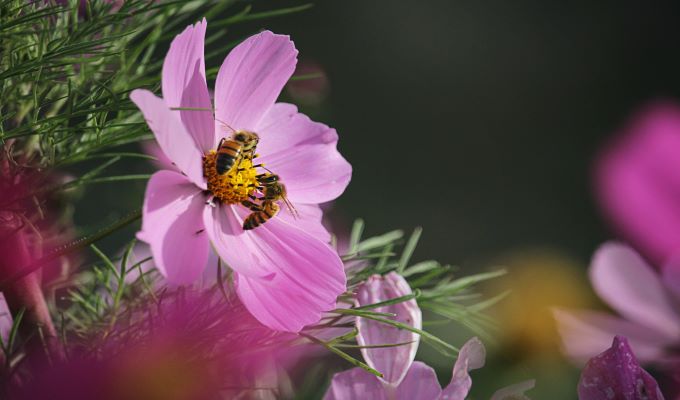 Warning: what you’re about to read is very raw, real and new. Does anyone else think “Advanced Maternal Age” is the biggest farce on the planet? I mean, it’s not a farce because it’s very real, but WHY?

Let me back up a little. In the spirit of transparency, I have to say that I never really wanted kids. I know people who knew early on that their dream in life was to have children. That was never me. Ever. As I got older (and still very single), I changed my tune a little bit. I had decided that IF I ever got married and he wanted kids, ONE kid would be my limit. I never felt like my life would be any less fulfilling if I didn’t have kids (a concept that I’m now struggling with but used to fully believe).

My twenties and thirties were awesome. I started running marathons, made tons of running friends and traveled to different cities/states to run. Running through a city is such a wonderful way to see it and I truly was loving life. I lived alone and just felt like I could truly be happy this way for the rest of my life. I knew there was a tiny part of my life missing because I did know that I wanted to get married one day.

Fast forward to 2017. Shortly before my 35th birthday, I met my husband. Because we were both a little “older” (it’s all relative), we both knew what we wanted in a partner and by 2019 we had bought a house and gotten married. We had the “kid” discussion early on and I knew that my husband wanted to be a father. And I knew he would be a wonderful father. So, we compromised. We would have one child (because it’s just that easy, right?).

Six months after our wedding, we saw those two pink lines for the first time. I woke him up at 4:30 in the morning to show him. We were beyond excited. The happiness was short-lived, as I miscarried just a few days later. I was sad. Very sad. I had a lot of mixed feelings and wasn’t sure what to do. In my head, I had decided that since I had been so wishy-washy on having kids, this was God’s way of truly making sure I wanted this. I did.

A little over a month later, we saw the two pink lines again. We were surprised and thrilled with how little we had to wait for it to happen again. We got to do all the things parents get to do. We had many ultrasounds, a little gender reveal “party” (just family), the social media announcement, and everything else. We had received TONS of gifts from our friends and families, who were so excited for us.

February 18, 2020, at 21 weeks pregnant, we were told our daughter had no heartbeat. There were many days, weeks, months and now years of grief and sadness that followed. But we were sure that because we had gotten pregnant so “easily” twice before, it would happen again. WRONG.

After trying for a year, we still had not gotten pregnant. My OBGYN referred me to a fertility clinic. Ridiculous, right? I don’t have fertility issues. I got pregnant twice. I made the appointment anyway. Full disclosure: I absolutely LOVED my fertility clinic. The doctors and nurses and all of the staff were so incredibly comforting and caring and absolutely everything you would ever want in a medical treatment center.

Enter “Advanced Maternal Age.” A concept I had never really thought much about. When I was pregnant, I was considered high risk for reasons other than (and including) my age. I was 37 years old when I originally got pregnant. Now, two years later at 39 years old, pregnancy seems impossible, or at the very least, out of our reach.

Three failed IVF attempts (the latest of which we just got the results of this week) and we’re no further along in our journey to have a child than we were before. As I said before, I LOVED our fertility clinic. They truly were amazing, and we fully believe they tried everything they could (and so did we) to make this happen. I know they would continue to treat us as long as we wanted, but everyone has limits and we have hit ours. We are drained. Physically, financially, emotionally, and every other “ly” you can think of.

In some weird ways, I’m a tiny bit relieved to be done with the countless needles, appointments, phone calls, and anxiety of not knowing what to expect. I am sad, however, to not get to see the medical team anymore. That’s how much I loved them. Obviously, I am sad that our efforts seemed to be all for naught (a fact that you don’t have the luxury of knowing until you go through the process). I was never diagnosed with any actual fertility issues. There is no rhyme or reason as to why we never did get pregnant again. I have my own theories, but they are based strictly on my anxiety and not on medical fact.

Now, on the cusp of turning 40, I have lost most hope. 40 is not old by any means but it is about as “Advanced Maternal Age” as you can get. I’m sad that I couldn’t give my husband the child he so desperately wanted and deserved. I’m sad that I couldn’t give my parents their first grandchild. I know they would have been the most amazing and involved grandparents and it breaks my heart that they may not get the chance.

I know NO ONE blames me. I know that. And no matter how many times people say it, I know that. It’s hard to accept the fact that your body just refuses to do something it was designed to do. (I know there are other options for having children and we have had those discussions). Most of all, it feels like punishment for having not met each other until “later” in life. How is that fair???

We have to find peace in knowing that we truly did everything we possibly could. We have to figure out how to move forward with plans that do not include a child. We have to do things for ourselves and our health and just be there for each other.

I’m generally a “everything happens for a reason” person, but I will never know or understand the reasons behind anything we’ve gone through. I have to make peace with that as well. For now, we are going to focus on ourselves, spend time with our fur baby and all of our family and friends. They are truly one reason we have been able to get up after being knocked down time after time. As far as living a fulfilled life without children, I do still believe that (mostly). I know that we still have tons of things we want to do and may now have the opportunity to do so. And who knows. Maybe “Advanced Maternal Age” won’t get the best of me.

Lindsey is a mother to 2 angel babies. She lives in Cottleville, MO with her husband Nathan and their 3-year-old Wheaten Terrier, Louie. They are still hopeful that they will have their rainbow baby one day.