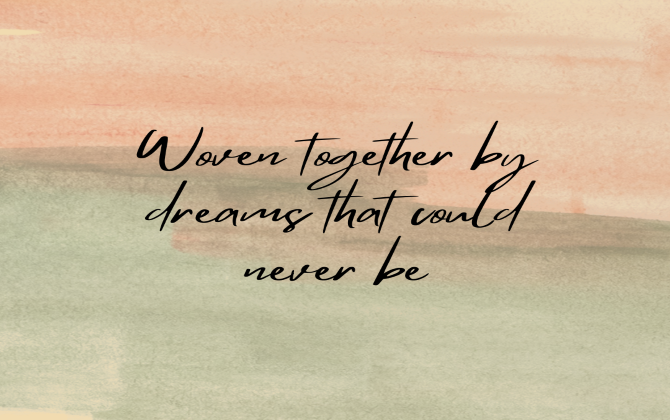 I’ve mulled around a number of things that I could say or write to offer words of encouragement, and every time I thought I had something, it failed me. I had no words. There was a block. As I reflected in that space and tried to move the heavy load, it just wouldn’t budge. And it hit me: sometimes there just aren’t any words. There aren’t any actions either. I am here to tell you that is OK.

Our son, Carson, would have turned five on March 18th. As everyone was celebrating Saint Patrick’s Day, wearing green, drinking green beer, and catching leprechauns, I awoke to a stillness at 37 weeks that stopped my life.

Although I knew of pregnancy loss, I never thought it could happen to me. But here I am, five years later, grieving two babies who couldn’t stay with me. Carson was here and then he wasn’t. I cradled him in my arms and sang You are my Sunshine, trying to soak in every sweet detail of his little round face and 7-pound body. While our sweet Lucy didn’t make it but ten short weeks of pregnancy before she was gone. Never to be seen, held, or even touched. These children have changed me deep within, down to the very cells that flow within my veins.

I used to think silence was uncomfortable and awkward, but I now understand the power it holds. The power in not saying:

“Everything is going to be OK.”

“Everything happens for a reason.”

These things may be true and are meant to be affirming statements, but sometimes just land wrong. It’s OK to not have words. It’s OK to sit in the silence and to let it overtake the conversation, room, or space. I no longer try to force words. It lends itself to trouble. However, I let the silence say, “I am here. With you. For you.” Leaning into the hard, and I will respect that nothing I say or can say will alleviate an ounce of grief that you or I feel, but we are doing this together.

When we met with a couple of friends who had lost their daughter three months before we lost Carson, they offered a helpful analogy. They said at first it feels like you’re on an island, isolated and alone. But when you stop and look up, you begin to realize that you are not on an island, but a peninsula, and others who have also lost a child are right there with you. Their feet planted on the ground and their hearts turned towards heaven longing for a child that is no longer here. That has been true for me. If you’ve lost a baby or a pregnancy, know that you are not alone. There are others who have gone before you, and there are others who will follow in our footsteps, and though we are not the same, nor are our stories, we stand here woven together by the dreams that never could be.

Amanda is a follower of Jesus, wife to Chris, and mama to Carson (5) and Lucy in Heaven, and Mia (4), Arie (2), and Mateo (9 months) here on Earth. She offers Christian encouragement on her website http://www.sanctifiedbylove.com and enjoys reading, writing, cooking/baking, traveling, and investing in relationships. Amanda can also be found on Instagram at  Amanda’s (@as.crews) profile on Instagram